The team at Moor Hall Hotel & Spa in Sutton Coldfield turned back time to 1961 to launch the celebrations of the family-owned hotel’s 60th anniversary celebrations. 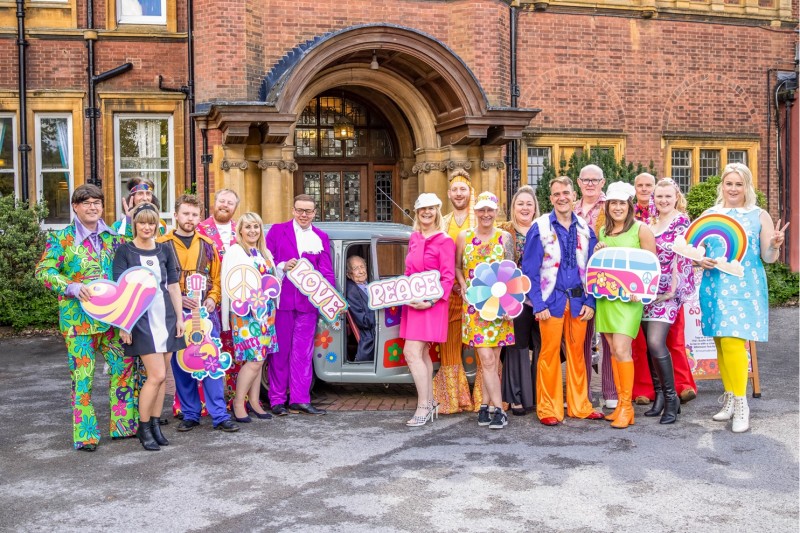 We are celebrating 60 years of family ownership in 2021. The country house hotel was bought in 1961 by our chairman Michael Webb who along with his family turned it from the 17 bedroomed guest house to the 83 bedroom 4* hotel it is today with 2 restaurants and leisure club and spa.

In 1961, local entrepreneur Michael Webb bought Moor Hall when he and a friend thought that Sutton Coldfield could do with a venue for late night dancing and drinking. He came across Moor Hall which had been owned by the Streather family for more than 30 years. Although a 17-bedroom licensed hotel, it was more of a private hotel as the guests were either retired or widowers that stayed on a permanent basis.

Michael Webb opened Moor Hall in August 1961 as a private members’ club as this was the only way to serve drinks after hours. Different live bands played each night and Moor Hall quickly became known as the place to be. 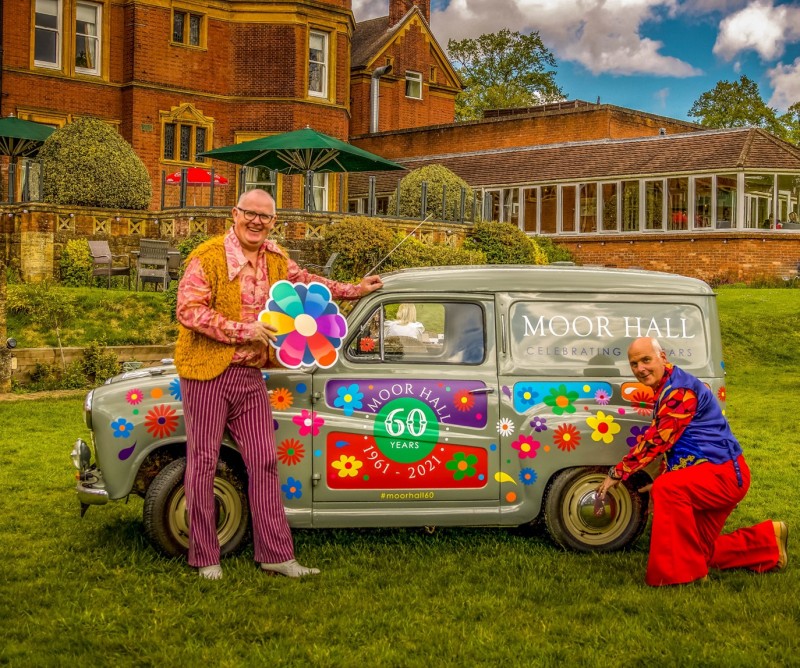 In the 1970s meeting rooms and extra bedrooms were added and in the 1980s the family continued to invest with a £1m extension which incorporated a new banqueting suite and more bedrooms. The fitness centre was built in the 1990s which included an indoor swimming pool and in the 2000s the hotel was awarded 4 AA stars and became the first UK hotel to achieve Premier status in Best Western.

In later years the Webb family expanded their business with the purchase more properties which include The George Hotel in Lichfield, The Gables Hotel near Bristol, The Cathedral Hotel in Lichfield and The Red Lion in Newborough. 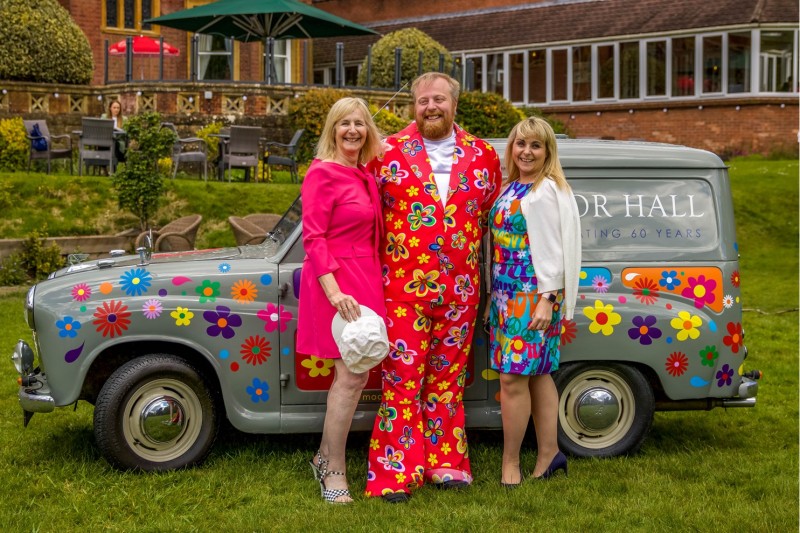 Then in 2020 the Covid-19 pandemic hit and for the first time since 1961 the hotel closed its doors and the family moved in during lockdown for maintenance and security. Moor Hall helped out the local community by opening a shop selling the basics during the first few weeks of lockdown when toilet rolls, flour and eggs were scarce. The hotel has now reopened again and the family is looking forward to celebrating the diamond anniversary.

Angela Burns, Michael Webb’s daughter and CEO of Moor Hall Hotel & Spa commented: “We are really looking forward to the rest of 2021 and welcoming guests back to the hotel, restaurants, gym and spa and hosting weddings and events again to make Moor Hall the much-loved business it has been for 60 years.” 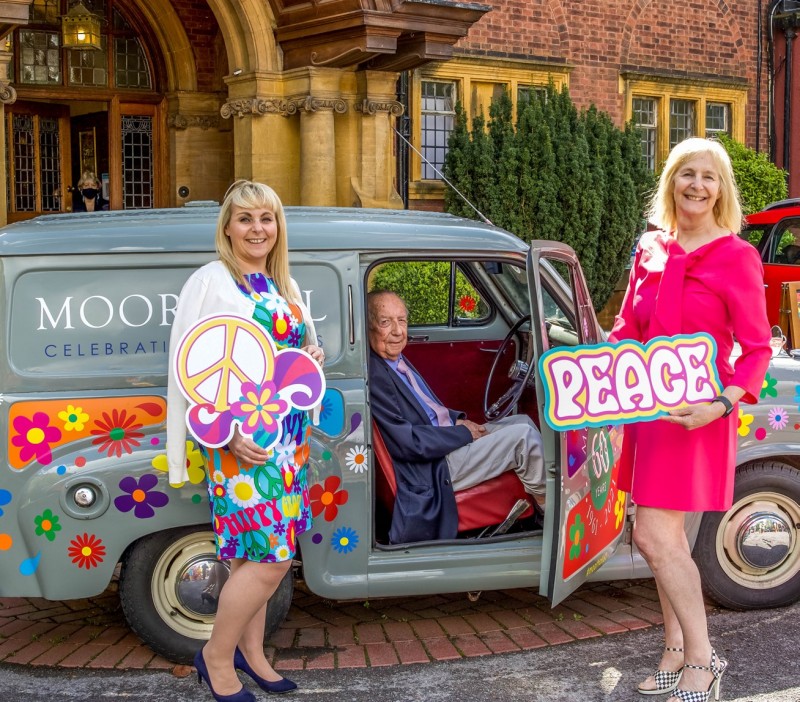 There are three new events planned to help celebrate the hotel’s diamond anniversary and raise money for the chosen Charity of the Year, Breast Friends. These events include a 1960s BBQ & Disco on Wednesday 18th August, a Breakfast at Tiffany’s Charity Brunch on Monday 20th September and a Diamond Charity Ball on Friday 15th October.

Visitors and guests are also encouraged to get involved in the hotel’s social media campaign to win an Afternoon Tea for 2 by taking a selfie next to the flower powered decorated 1961 Austin A35 van, which will be situated outside the hotel.

Outfits courtesy of The Costume Department 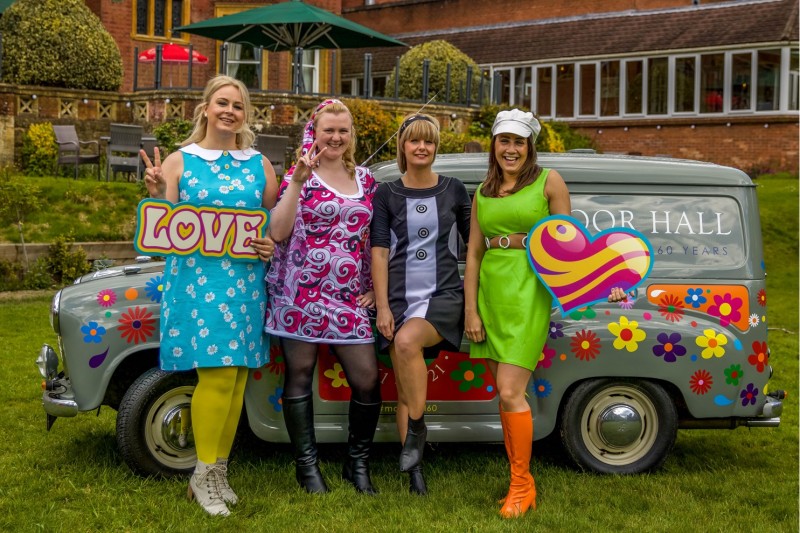